The tyre trade fair REIFEN experienced its final issue in Essen this year. "THE TIRE COLOGNE", which was invented by Koelnmesse and BRV, positioned itself as new industry trade fair. When looking at the communicated registration figures the first edition seems to turn into a superlative industry event in 2018. According to responsible trade fair people, all the key players were already on board for 2018. After important key players of the industry had already expressed their support for the event in the framework of the campaign “We are taking part” in May, the list of participants seemed to have grown considerably nearly a year later.

“Our strategic approach of presenting the tyre industry better in an international way and of making use of new growth potentials concerning topics like motor vehicle service and online trade has apparently been quite successful. Several market relevant companies took a decision in favour of the location Cologne and THE TIRE COLOGNE. Companies like Continental, Goodyear Dunlop, Michelin and Pirelli handed in their registration some time ago”, said Katharina C. Hamma, Managing Director at Koelnmesse. According to Hamma, all the important key players were firmly registered for the event from 29th May to 1st June 2018 and about 10000 m² of exhibition area were booked.

According to Koelnmesse, tyre manufacturers like among others Aeolus Tyres, BKT, Kumho Tyre, Maxam, Maxxis, Nexen Tire, Obo Tyres, Reifenwerk Heidenau, Sailun Tyres, Techking, Yokohama as well as the Association of Automotive Tuners (Verband der Automobiltuner – VDAT) announced their participation in addition to the so-called exhibitors. In the segment of rims, there are to be present suppliers like Alcar, Autec, AVG, BBS, Borbet, Brock, CMS, MAK, OZ, Ronal Group or Uniwheels. Companies like Alligator, Schrader or Rema TipTop are said to have confirmed participation in the area of workshop service. The company Kraiburg is to work as an example of tyre retreading. Companies like Bohnenkamp, Deestone, Euromaster, Heuver, GDHS, Interpneu, Membat, Point S, R. Krieg, Reifen Specht, Triangle, Tyre 1, Tyre24.com and tyremotive are to represent tyre trade. The team of THE TIRE COLOGNE will start structuring the individual halls and the setting up process. According to the responsible people, an early booking for the trade fair will apart from a preferred location also guarantee planning security and thus higher efficiency.

THE TIRE COLOGNE will take place in the northern halls of Koelnmesse. Tyre manufacturers, tyre wholesalers and rim manufacturers will be in halls 6 and 7. The topics motor vehicle service and workshop supplies as well as further tyre wholesalers will focus on hall 8. Hall 9 will concentrate on the segments tyre retreading as well as recycling and disposal of old tyres. In addition to exhibitor presentations there will also be a comprehensive framework and show program for the visitors, which will be carried out at the external areas of the northern part of hall 8 and between halls 6 and 7. The team of the THE TIRE COLOGNE is worldwide advertising in order to strengthen international marketing. Only recently, the SEMA Show in Las Vegas/USA, the Tyrexpo Africa Johannesburg/South Africa and the Tires & Rubber in Moscow were visited. The aim of the meetings was raising visibility and awareness of THE TIRE COLOGNE and generating further contacts and multipliers in these markets.

For the first time, THE TIRE COLOGNE, which addresses tyre manufacturers, specialized tyre trade, motor vehicle service companies, workshop outfitters and all the companies associated with the tyre and automotive segment, will be organized by Koelnmesse and the Bundesverband Reifenhandel und Vulkaniseur-Handwerk e.V. (German Tyre Retailer and Vulcanization Trade Association - BRV) as conceptual supporter in 2018. 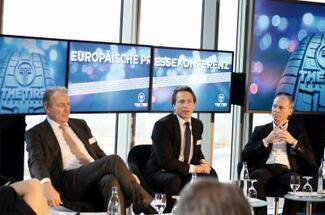 THE TIRE COLOGNE - Tyre sector in favour of Cologne

The tyre sector is looking at the premiere of THE TIRE COLOGNE full of expectation. Hardly anybody in sector circles seems to be talking about the “REIFEN“, which is supposed to celebrate its premiere parallel to Automechanika in Frankfurt this year. For a long time, the people responsible for both trade fairs have been taking part in a kind of competition to draw attention. Now, however, it has become quite obvious – for sector participants THE TIRE COLOGNE will be “the place to be“.

Majority of manufacturers will avoid REIFEN 2018

From 11th to 15th September, the REIFEN 2018 will have its premiere parallel to the Automechanika Frankfurt. Most of the tyre brands with radiant power will not be present at the trade fair, as the majority of the international tyre industry decided in favour of being present at The Tire Cologne. 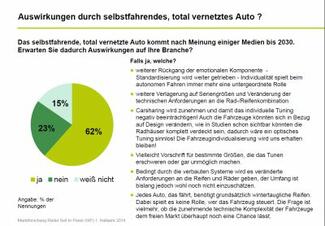 This autumn, the Working Group Rim Manufacturers of the German Tyre Retailer and Vulcanization Trade Association (Bundesverbandes Reifenhandel und Vulkaniseur-Handwerk e.V. - BRV) again met for their autumn meeting, which was used by the Cologne based consultancy BBE Automotive GmbH in order to present the current results of the Rim/Wheel-Sell-In Panel. Twice a year, the members of the working group announce the sell-in volumes for the past six months (exclusively passenger car replacement market; without sales to vehicle manufacturers and importers), assess independently from each other the remaining demand and forecast the future development.

For many years, the Bundesverband Reifenhandel und Vulkaniseur-Handwerk e.V. (BRV - German Tyre Retailer and Vulcanization Trade Association) has honoured top performance of the German tyre industry. For the first time, the top-level Kreativpreis 2018 will be awarded in two sections.