The company Van Aalderen Twen-Tyre from Almelo in the Netherlands stopped its business as of March 2020. The tyre wholesaler was taken over by the company Tyre Trading International (TTI) from Numansdorp in 2017.

For the last three year, the local managing director Drs.- Peter-Alexander van’t Hof has been trying to reorganize the company. Last year,  Van Aalderen Twen-Tyre was supposed to have generated a turnover of seven million euros. According to van’t Hof, that was not enough to be in the black. Thus, Van Aalderen Twen-Tyre will be phased out and it will go out of business in March 2020. Apart from the tyre wholesale at the headquarters in Numansdorp,  Drs.- Peter-Alexander van’t Hof is also the managing director of the company Reifen-Kraftwerk GmbH based in Nettetal. That company sells several tyre brands in the German tyre trade, among others, tyres of the brands Cooper and Avon.

The European Fintyre Distribution Ltd. (EfTD) based in London, has bought Reifen Krieg in Neuhof today. Thus, EfTD is continuing its European expansionism.

REIFEN is history in Essen

For the last time, the tyre trade fair took place in Essen and apart from all the business sense there was of course a lot of melancholy left behind. During the last decades, Messe Essen and the German Tyre Retailer and Vulcanization Trade Association (Bundesverband Reifenhandel und Vulkaniseur-Handwerk e.V. - BRV) as conceptual supporter wrote a success story. We express our deepest gratitude for this. 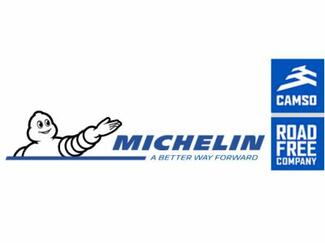 Michelin will take over Camso – concentration of OTR activities

Michelin and Camso have come to an agreement according to which Michelin will take over the company Camso based in Quebec/Canada. The OTR (off-the-road) activities of both companies are to be concentrated in a new division, which will be managed from Quebec.