The Fintyre management has left behind companies in ruins. Insolvency proceedings were initiated into the property of Reifen Krieg, REIFF, tyre1 and RS Exclusiv with the county court Frankfurt am Main.

During the past years, the Fintyre Group was ploughing through the European tyre dealer landscape with great force. In our region, Fintyre documented its desire for expansion with acquisitions of the wholesale companies RS Exklusiv, Reifen Krieg and the Reiff Group. For a long time, there have been rumours in the market focusing on the solvency of the group. Due to the relevance and size of the player, speculations have been accelerating – reaching from insolvency to entry of a new investor.

When asked by AutoRäderReifen-Gummibereifung, the management of the Italian headquarters said at the beginning of February: “While the German wholesale business has negatively been influenced by a big market downturn and increasing logistics costs, the Italian wholesale and retail business have been developing in a solid way. The company has closely been working together with its proprietors and important stakeholders in order to guarantee that both business areas will be financially sound in spite of these new market conditions. Fintyre has continued to work as it usually does." This statement confirmed the opinion of those, who considered the business of the group to be highly endangered in Germany. Our editors also received a letter from Claudio Passerini directed to the employees, in which he announced that due to immediately necessary restructuring measures aiming at a “sustainable continuation”, it was unavoidable to postpone the payment of wages and salaries. Even more dramatic events were to be unfolded.

No later than 6th February, it became obvious that the management team with Mauro Pessi as Executive Chairman and Claudio Passerini as Chief Executive Officer had completely failed when executing the order of the investor. On that day, Claudio Passerini, as managing director, filed an application for insolvency proceedings into the property of Reifen Krieg GmbH, REIFF, tyre1 and RS Exclusiv with the county court Frankfurt am Main. On 11th February, insolvency proceedings were initiated into the property of REIFF Reifen und Autotechnik GmbH, tyre1 Management GmbH, tyre1 GmbH & Co KG and RS Exclusiv Reifengroßhandel GmbH. Thus, the worst assumptions concerning the insolvency of the Fintyre Group were confirmed. 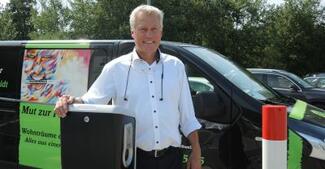 Gundlach as independent group in the future

The Dutch Pon Holding has announced that Reifen Gundlach and its affiliated companies will change its proprietor at the end of the year, and, in the future, it will act as an independent group in the market. The business area Pon Tyre Group had already been restructured and strategically reoriented since last year. As a consequence, the Gundlach Automotive Corporation (GAC) was created, which consists of a total of seven companies from six countries, among others Reifen Gundlach, Euro-Tyre NL, PTG Automotive Solutions & Services, RG Automotive Solutions, and Goodwheel.

The European Fintyre Distribution Ltd. (EfTD) based in London, has bought Reifen Krieg in Neuhof today. Thus, EfTD is continuing its European expansionism. 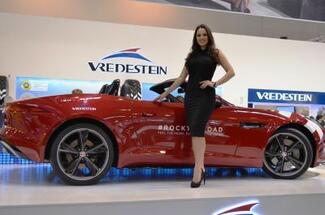 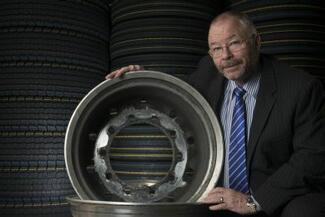 More safety on roads, can and will be delivered with stricter inspections in conjunction with more education in the procurement and maintenance of commercial vehicle wheels – and MWheels GmbH, the new German operation of Motor Wheels Service Distribution (MWSD) is dedicated to these issues. In April 2014, MWSD’s dedication was rewarded by recording its first successes: MWSD’s wheel safety road safety campaign for commercial vehicles was adopted in the new EU Roadworthiness Law, which was passed by all Member States in May of that same year.